A visit to St Peter’s Church and Graveyard, Minsterworth, led by Steve Cooper (In conjunction with the Forest of Dean Family History Society).

The joint visit to St Peter’s Church and graveyard at Minsterworth on 20th July 2011 was blessed with excellent weather and over twenty people attended the guided tour of graves in the Churchyard. The participants were equally divided between members of the societies and local Minsterworth villagers. Steve Cooper, who led the event, highlighted a number of memorial inscriptions and the families and events that surrounded those buried in the grave yard. The church had been opened for the event and included in the tour. The original church pre-dated the Norman conquest but was rebuilt in 1870 after repeated flooding. The tour was very well received and will be repeated for members of the society and people from the village later in the year. Steve hopes to write up his research as a contribution to a forthcoming second book by Terry Moore-Scott about the history of the village. 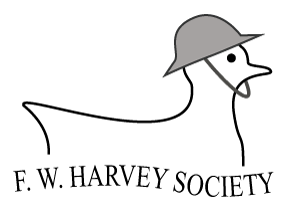